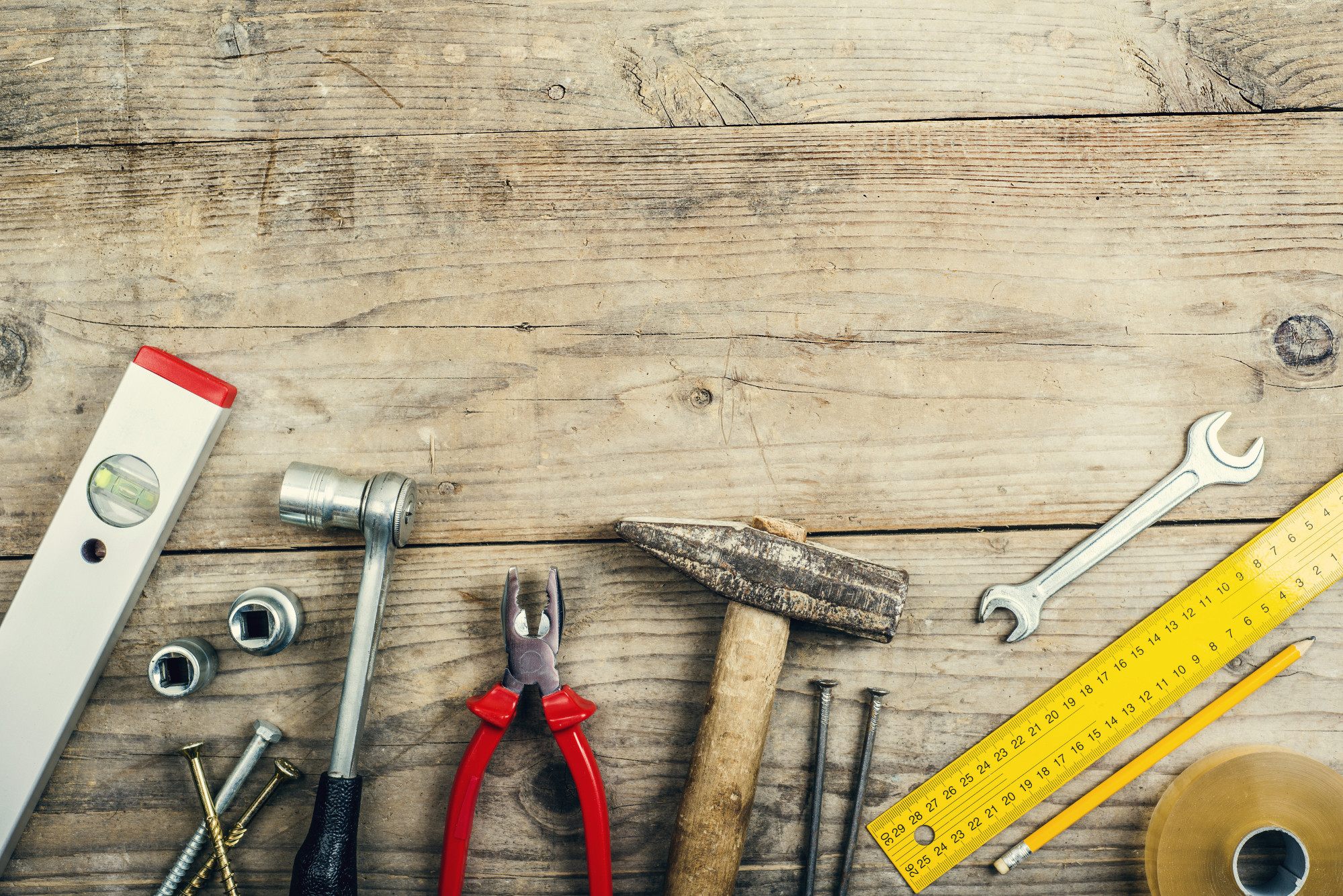 Scientists love to classify things. Archeologists are no exception. One of the very first classifications systems that were developed, classified ancient history into three broad eras.

This system was crude and it isn’t really used among professionals anymore, but its simplicity has ensured that it still survives in casual use.

Learn more about the three ages system: the stone age, the bronze age, and the iron age, on this episode of Everything Everywhere Daily.

Life forms are classified into species, genus, orders, and kingdoms.

I previously did a show on geologic epochs explaining all eras of the Earth’s history.

It should come as no surprise that archeologists also try to categorize human history.

The three age system of categorizing ancient human history came about in a very odd way. It originally wasn’t even an attempt to try to categorize history at all.

It began, like so many things in science do, back in the early 19th century.

Archeology wasn’t initially a science in Europe. Everything was understood through the lens of the Bible.

If the Earth was 6,000 years old, and if humans were engaged in metallurgy right from the start, then stone tools didn’t fit into this worldview. When stone objects were found, it was assumed that they were caused by lightning strikes or something else.

However, as Europeans set out around the world, they found people who used stone objects as tools. They soon realized that there was a time when humans didn’t engage in metallurgy and that the objects they found were actually made by human hands.

Even as they realized humans were older than they thought, they still didn’t have ways to date objects. They just had…objects.

Enter into the picture Christian Jürgensen Thomsen. He became the secretary of Denmark’s Royal Commission for the Preservation of Antiquities in 1816. In 1819 he opened the Royal Museum of Nordic Antiquities.

When he opened the museum, he inherited a big pile of…..stuff.

It was all uncategorized and unordered.

What he did was took all of the tools and weapons in the royal collection and simply put them into three metaphorical bins: stone tools, bronze tools, and iron tools.

He called his system the “museum ordering method” but today it is known as the “Three Ages System”, and some archeologists know it as the Chest of drawers system because it involved filing artifacts based on their composition.

Thomsen assumed, mostly correctly, that stone, bronze, and iron objects appeared in that order over time.

This idea of different phases of history wasn’t unique to Thomsen.  The Roman poet Lucretius had previously divided up the history of the world and also posited that there was a time when humans wouldn’t have used metal.

Thomsen basically started the modern system of classification which was later built upon to create modern archeology.

So, what exactly are these three ages, and what defines them?

I should start by noting that there are no hard and fast rules about where one age ends and another one begins.

There is debate as to where the dividing lines should be and there is overlap as well. Not every civilization developed the same technologies at the same time.

Also, these “ages” really only apply to Eurasia, the area stretching from Europe to East Asia, including India, China, and the Levant.

There were many places where bronze and ironworking were simply impossible because those ores didn’t exist. For example, Polynesians lived on islands that were either made of basalt or limestone. There were no ores to mine through no fault of their own.

So, let’s start with the stone age.

The stone age goes back to the very dawn of human history. When the stone age began depends on when you defined humanity starting, or at least as far back as we can date the oldest stone tools.

The oldest known stone tools date back about 3.3 million years and were found in modern-day Kenya.

The stone age could just as easily be called the wood age, the bone age, or the animal skin age because those materials were just as important as stone was. It just so happens that stone objects were the things that survived and that is what the age got named after.

Today the stone age itself is divided into three different eras: the paleolithic, the mesolithic, and the neolithic.

Stone tools are often thought of as crude, but they can actually be quite sophisticated.

The defining tools of this period were cutting tools which were created by flint napping.

Flint napping is really an art form and there are still flint nappers around today. Flintnappers could create very sharp spearheads, arrowheads, and knives.

As we are now learning, late stone age people were capable of building very large and elaborate structures. Here I’ll refer to my previous episode on Göbekli Tepe, which was built by neolithic people.

Likewise, Stonehenge and other megalithic structures were all built in the stone age.

The stone age is considered to have ended with the development of metallurgy around 4,000 to 2,000 BC, with the most common date being 3500 BC. Again, it depends on where you are talking bout, but that is the rough dividing line.

The very first metal that humans began to regularly work with was actually copper. Some simple metallurgy might have been done with gold before copper, just because elemental gold, assuming you can find it, doesn’t have to be separated from an ore.

The oldest simple copper object made by humans that have been found dates back to about 9000 BC and it is a simple pendant found in what is modern-day Iraq.

Copper smelting was discovered independently all over the world at different times. It appeared in China, Central America, West Africa, the Pacific Northwest, and even in Michigan.

While copper certainly had its uses and definite advantages over stone, copper was far from perfect. Copper is very soft and it isn’t necessarily better as a cutting tool than a flint napped knife.

The real advance was mixing copper and tin. The ratios can vary, but when you mix approximately 12% tin with 88% copper, you get the alloy known as bronze.

Bronze has many advantages over copper. It’s much harder. It doesn’t corrode. It doesn’t make sparks. It actually has a lower melting point, and you can use bronze in casts to make complex objects.

You can make an honest-to-goodness ax head out of bronze, which would be difficult to do with copper. That means you can do advanced woodworking and cut down trees faster.

It also meant you could make swords. Swords meant armies and the creation of larger social institutions.

Bronze was discovered in South America and in sub-Saharan Africa as well, but it occurred at different time periods. There wasn’t a distinct “bronze age” in these areas. In the case of South and Central America, bronze was never that widely developed, and in Africa, bronze came after or concurrently with the development of iron smelting.

I mentioned that bronze is copper and tin, and I’m really simplifying it. What I didn’t mention is that tin is actually really hard to find. There is very little tin to be found in Europe and the Middle East.

There were ancient tin routes that carried tin very long distances for the sole purpose of creating bronze. Some of the best tin mines were in Cornwall, England, and Afghanistan. The primary source of Chinese tin was in the Yunnan province.

The places which didn’t have a distinct bronze age were usually due to a lack of access to tin.

Historically speaking, the bronze age was rather short-lived. Only about 2500 to 3000 years.

The advancement in metalworking during the bronze age led to metallurgy techniques which lead to the ability to work with iron.

Compared to tin, or even copper, iron is very abundant. However, iron has a much higher melting point. That made it much harder to work.

Technically, bronze can be denser than iron, but if you add carbon to the mix, you can turn iron into steel, and steel is way better than bronze.

Ancients couldn’t get iron hot enough to pour it into a mold, but you could heat it enough to make it soft so you could beat on it with a hammer. This is known as forging, and you can’t really forge bronze.

Because iron was more plentiful than tin, it was possible to make many more iron objects than you ever could with bronze.

Many ancient civilizations I’ve talked about on this show are iron age civilizations. The Romans, Greeks, Hittites, Persians, the Chinese Shang Dynasty, the Indian Maurya Dynasty, were all iron age dynasties.

The first recorded instances of ironworking actually come from ancient Egypt, but the iron they work with came from meteors. Meteor iron was easier to work with because it is in a much purer form.

Likewise, there was iron mining in sub-Saharan Africa as early as 2000 BC. This part of Africa jumped from the stone age directly to the iron age without a real distinct bronze age, mainly because of the lack of accessible tin.

It is very possible that iron-smelting may have developed independently in different parts of Africa.

So, the Three Age system is a crude but useful tool. It is helpful to just have an idea in your own mental timeline as to when these eras were, what civilizations existed during them, and what technical developments caused the rise of each of them.

I {hope| wish} you {enjoyed| appreciated} this {article| short article| post| write-up}. {Don't| Do not} {forget| fail to remember| neglect} to join our {team| group} {and| as well as| and also} {get| obtain} a {newsletter| e-newsletter} {send| send out} to your inbox.
Source: https://everything-everywhere.com/the-three-age-system-stone-bronze-and-iron/
5 days ago
previous post next post
We use cookies to ensure that we give you the best experience on our website. If you continue to use this site we will assume that you are happy with it. Ok