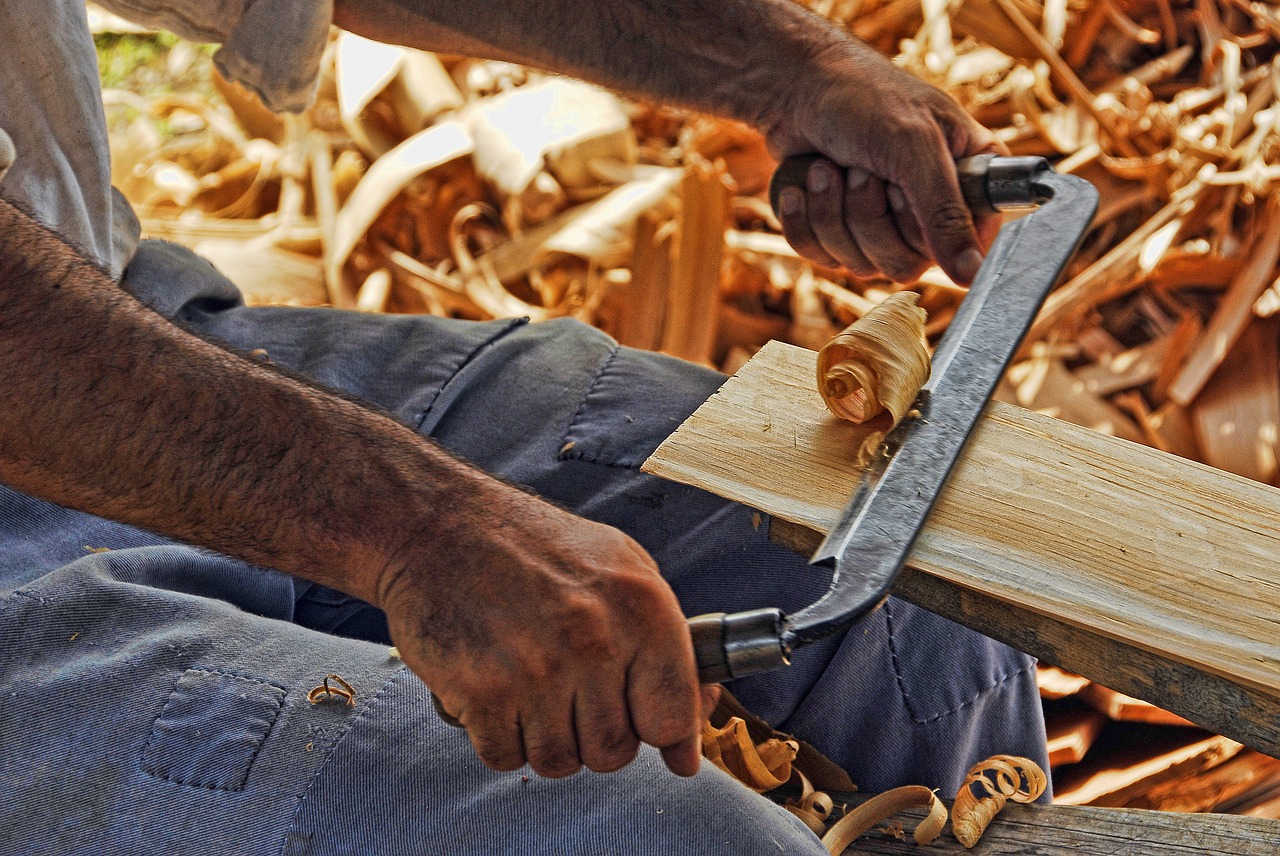 Whether you’re looking to create tiles for “Settlers of Catan” or build homes on Mars , 3D printing can make it happen. The technology, also known as additive manufacturing, brings  designs created in 3D printing software to life by producing layer after layer on top of each other, using materials like resins, plastics, paper, graphite, and even metals.

An essential technology for hobbyists and the aerospace, automotive, healthcare, and defense industries alike, 3D printing has the potential to be transformative . The global market for 3D printing was worth $13.78 billion in 2020, according to an industry analysis by Grand View Research . More than two million 3D printers were shipped around the world in 2020, and that figure is expected to surpass 15 million units by 2028.

I’ve always been a maker, from art to woodworking to 3D printing and beyond. I got my first 3D printer in 2014 to physically render the models I was designing. Today I use them to create and to solve problems on a weekly basis. I also have two little girls, and I’m using the near-instant gratification of 3D printers to help ignite their passion for STEM and STEAM. I even printed out a bunch of bag tags for the kids on my youth soccer team that are uniquely theirs, something to bind them together as a whole. If I don’t own something like a mobile phone holder, headphone mount, or a special purpose tool, I’ll just print it out and in as little as a few minutes to a few hours, I have exactly what I need.

Over the years, I’ve probably put more than a dozen 3D printers through their paces. I recently got the opportunity to test Anycubic’s Vyper 3D Printer. And it’s essentially been running since I got it three weeks ago. The Vyper’s easy assembly, auto-leveling, generous build space, and print speed make it an ideal choice for beginners and seasoned makers.

Anycubic is a popular maker of 3D printers for hobbyists and DIYers. Founded in 2015, the company is based in Shenzhen, China, and has a warehouse in California. The Vyper is a metal, open-frame printer in a category known as FDM (Fused Deposition Modeling), which allows users to create models from designs created in CAD or CAM software.

The Vyper comes with an intelligent auto-leveling system, a 32-bit motherboard and a Cortex-M3 architecture main control chip that allow for quick printing, and a 4.3-inch touchscreen that lets users easily track the progress of their projects.

The Vyper comes mostly assembled out of the box. Unlike another 3D printer I ordered that arrived with a dent in the box and a damaged model, the Vyper came in a nice box with high-density foam. Every piece fits where it’s supposed to go. I didn’t have to immediately shore some stuff up, which is pretty common with these types of open-frame printers. The Vyper also came with simple step-by-step instructions. The top frame was the only item that was disconnected and the box included a hex wrench to assemble it with. The Vyper was super confidence-inspiring when I opened the box.

Anycubic sent a PLA filament separately, so I expected the Vyper to work with that. What I might not have expected is that the Vyper would work with the two-year-old filament that I’ve got packed in a Tupperware container. So I tested with what I had and the Vyper came through with flying colors.

From what I understand, the Vyper will print almost anything. I experimented with HTPLA , which is a metallic material. Sometimes moisture will affect it, but the Vyper had zero problem with it. I also printed TPU, the material cellphone cases are made with. A lot of times 3D printers will have trouble with TPU, because it’s kind of rubbery, but we printed grips for some “Star Wars” lightsaber replica models and the Vyper rose to the occasion. It also did a great job with PETG, the plastic you can use to drink water out of, which can be super difficult to print. The Vyper can print more than 100 types of filament. If you’re interested in focusing on one material, consider the best resin 3D printers.

There’s really nothing that you can throw at the Vyper that it won’t print, thanks to its wide temperature range. The Vyper has an ambient operating temperature from up to 260 degrees Celsius (500 degrees Fahrenheit) for the nozzle temperature, and up to 110 degrees Celsius (230 degrees Fahrenheit) for the build plate. Whenever I send something over and make adjustments in Cura, the slicing software, it has no problem translating those designs into what I expect, which is not always the case with other 3D printers I’ve used. It’s probably the best 3D printer for beginners that I would recommend.

After the assembly, the very first thing you do is follow the Vyper’s auto-leveling wizard and it did a fantastic job. Because the middle plate has some springs underneath it, mine needed no adjustment whatsoever. These days auto leveling is a common feature, but not all are created equal. And the Vyper heats up and cools down quickly, which not all 3D printers do.

The Vyper’s build plate, which is a spring-steel magnetic platform with a scratch-resistant coating, is better than any build plate or additive build plate that I’ve used. On some of the printers, you have to put adhesive on the plate. Other people use masking tape and hair spray, which I despise. Just out of the box, the Vyper just grabs on and the model sticks. Once the build plate cools down, it just basically falls off. There’s no fighting with it.

The Vyper has a pretty standard build plate of 8 by 8 inches, but it’s much taller than most 3D printers with its build plate of 9.6 inches long by 9.6 inches wide by 10.2 inches high . My daughter plays violin and her instructor found plans for a 3D-printable violin . I’ve not had a 3D printer that would let me do that without gluing more than two pieces together. Now I have a much better shot at it. Larger build volume just gives you more flexibility and latitude.

I use Freepad, but you can use anything that can output .STL files. Then Ultimaker Cura, the slicing program, is also free. I loaded in the 3D model that I output from the CAD program and added what I wanted as the infill and chose from hundreds of selections. Then you tell it and it to slice and it turns a 3D design into layers. The Vyper is currently printing at one-tenth of a millimeter per layer. So it’s outputting one layer at a time at .1 millimeter depth.

Printing Speed: The printing speed blew me away. For the Futurism F trophy I printed (pictured above), it took the Vyper a total of two hours and 15 minutes to print. I sliced it for my other printer and it was going to take four hours and five minutes. So the Vyper is almost twice as fast. Whenever I’m pushing another printer to go as fast as it can go, it’s always sacrificing something. The Vyper is not only quick, it’s also razor accurate, with a positioning accuracy on the X/Y axis of 0.0125mm and the Z axis of 0.002mm. And while the Vyper comes in at a great price, you may also want to consider the best budget 3D printers.

Built-In Toolbox: The other thing that I love is that the Vyper comes with a built-in drawer that stores all the extra tools it comes with. There’s no reason to include the nippers that help to cut the filament to a 45-degree angle so it loads well. Most people who use 3D printers already have them, but including them is a nice extra. Aside from that, it contains an extra print head, a cleaner, an SD card, and an SD card reader. The other nice thing about the drawer is that it has magnets on the back, so you don’t have to worry about it sliding out while you’re working.

One thing that I consider a drawback about the Vyper is changing filaments. On most of the 3D printers, there’s a wizard that lets you pull the filament out if you want to change color or depth during the printing. And while the Vyper has a great filament change wizard, it’s not accessible through the pause menu on the touchscreen. So you have to manually force it and I hate doing that. As long as I catch the filament before it hits the model, it works, but it does seem like a small oversight that I wouldn’t have expected after the rest of the design being so good.

Also, the Vyper can be plugged in through USB and I can transfer files through an SD card or its internal memory if I need to, but there’s no WiFi connectivity. Some of the better 3D printers do have WiFi so they can integrate directly with Cura and send over files. That said, it’s a minor annoyance to pop out the SD card and put it in the machine and the Vyper reads it incredibly fast.

If you’re tired of buying a 3D printer and having to fiddle around until you can configure the settings to do what you want, the Anycubic Vyper 3D Printer is pretty much a no-brainer. It’s like using a socket wrench. The Vyper is a tool, but it’s not one that you have to take on as an extra hobby to make it work. It’s ideal for beginners, people who have been frustrated with other 3D printers, or makers who just want an easy-to-use option.

This post was created by a non-news editorial team at Recurrent Media, Futurism’s owner. Futurism may receive a portion of sales on products linked within this post.

Care about supporting clean energy adoption? Find out how much money (and planet!) you could save by switching to solar power at UnderstandSolar.com. By signing up through this link, Futurism.com may receive a small commission.

I {hope| wish} you {enjoyed| appreciated} this {article| short article| post| write-up}. {Don't| Do not} {forget| fail to remember| neglect} to join our {team| group} {and| as well as| and also} {get| obtain} a {newsletter| e-newsletter} {send| send out} to your inbox.
Source: https://futurism.com/anycubic-vyper-3d-printer-review
2 weeks ago
previous post next post
We use cookies to ensure that we give you the best experience on our website. If you continue to use this site we will assume that you are happy with it. Ok